Low superheat casting is similar to the better known SSM technique which can be applied primarily to produce billets with a low cost advantage.
In the LSC process, the alloy is rapidly solidified and cast with a low pouring temperature which is typically just above the liquidus temperature.

The low superheat casting, LSC process is based on rapid solidification of an alloy which is cast with a low pouring temperature i.e. the molten alloy is solidified at just above the liquidus temperature. With this method, a feedstock material is produced with a non-dendritic microstructure that is ready for spherization in reheating sequences of further semi-solid processes.

Low superheat casting (LSC) process is similar to the SSM technique that produces appropriate billets with low cost advantage. As mentioned above, in the LSC method, subjected metal is poured at just above its liquidus temperature and equiaxed non-dendritic grains are formed due to low undercooling and high saturation of nucleation sites. Reducing pouring temperature also triggers equiaxed formation instead of the dendritic structure.

The aims of the study E.Y. El-Kady et al was to:
(1) study the influence of both pouring temperature and the mold material on the microstructural characteristics of A356Al-Si alloy feedstock;
(2) optimize the LSC process parameters to obtain an A356 alloy feedstock with the best microstructural characteristics (i.e minimum size and maximum globularity of the grains) suitable for thixoforming. The Taguchi´s and analysis of variance statistical (ANOVA) approaches were employed to find out the optimum settings of each LSC process.

In this study, commercial A356 Al-Si cast alloy with the chemical composition shown in Table 1 was used. The differential scanning calorimetric (DSC) analysis was carried out to determine the solidus and liquidus temperatures of the alloy. The DSC experiments were carried out during heating with a heating rate of 5°C/min. Figure 1 shows the resulted DSC curve of the A356 alloy. It has been found that A356 alloy has solidus and liquidus temperatures of ~572°C and ~610°C, respectively. Figure 1 shows also the curve representing the variation of liquid weight fraction with the temperature. This curve was obtained after integrating the area under DSC curve. 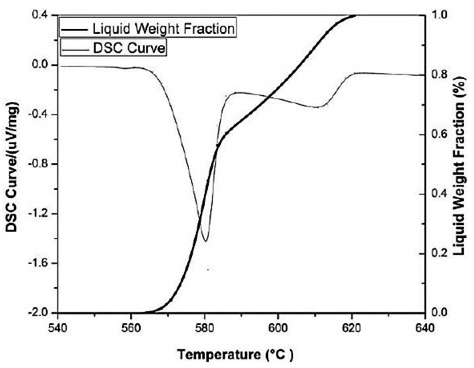 Figure 1: DSC and liquid weight fraction versus temperature curves for A356 alloy

LSC is not a complete technique to manufacture Al-Si casting alloys, it should be supported by a further process. Reheating is the second step of SSM methods and this ongoing procedure usually ends with either thixoforming or rheoforming routes. Reheating leads to spheroidizing of equiaxed grains by holding samples at just below their liquidus temperatures. Near net-shaped products are fabricated at the final stage of SSM techniques by deforming partially remelted semi-solid billet in a preheated die which called as thixoforging process.

In the K.A. Güler et al. study, the thixoforging process is combined with low superheat casting is applied to A380 alloy, which is well known and commonly used in aluminum casting industry.

It is obvious that, low superheat casting and subsequent rapid solidification suppress dendrite growth. In some places secondary dendrite arms were separated and in some other places primary α-Al grains were formed in shape near-spherical. Solidus-liquidus range of A380 aluminum alloy is between 540-595°C and chosen semi-solid holding temperature 575°C is closed to liquidus so, it is expected that, for sufficient holding time whole eutectic phase is going to be melt. 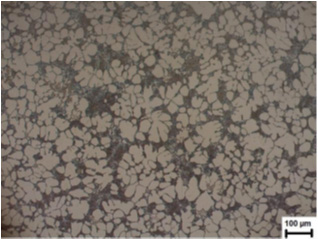 Figure 2: As cast microstructure of round billet specimen

Micrographs of thixoforged round billets are given together in Figure 3. Microstructure in Figure 3a belongs to 20 min. heated specimen. It is understood that, there was not any prominent liquefaction occurs in this holding period and because of rapid cooling after forging, recrystallization was not completed so, deformation texture retained in microstructure. 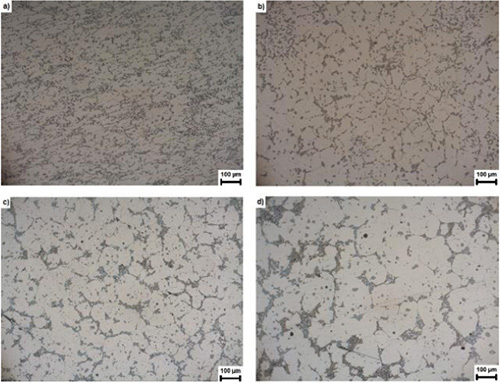