During sinter rotary forging, sintered preforms are subjected to a combined rolling and pressing action between a flat bottom die platen and a swiveling upper die with a conical working face, instead of a direct pressing action between two flat platens. The cone axis of the upper die is inclined, so that the narrow indented contact sector with the preform is parallel to the lower platen. As the upper die rotates about the cone apex, the contact zone also rotates. At the same time, the platens are pressed toward each other, so that, the preform is progressively compressed by the rolling action.

This small conical contact area generated on the flat surface of the preform during indentation, which is further swept throughout the entire preform surface during rotary phase, characterizes this technique. The technique offers several advantages in comparison to conventional sinter forging technique and one such prominent one is appreciably low load requirement to carry out the deformation because of the relatively small area of instantaneous contact surface. This leads to high tooling life and requirement of low capacity presses resulting into reduced initial investment and maintenance cost. 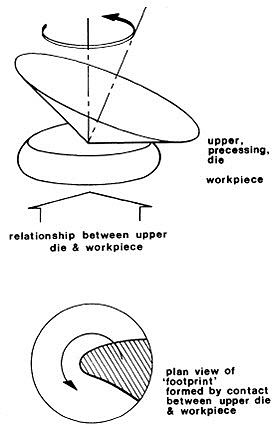 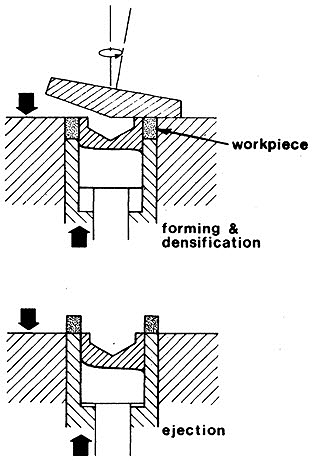 Figure 2: Forming of simple rings by rotary forging of preformsAs mentioned above, the rotary forging process not only has advantages such a small force, good surface quality and low installation investment, but also easily makes complete densification owing to the large shearing deformation. 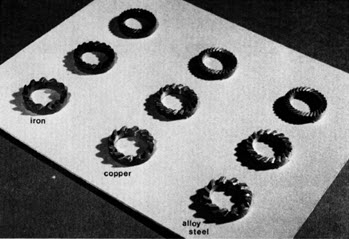