Finley dispersed nano-particles of oxides can be successfully used in the strengthening of titanium alloys due to their hardness, stability and insolubility in the base-metal.
Other dispersoids can also be used such a ceramics but the most important aspect is for them to be thermodynamically stable, homogeneously distributed in the metal matrix and of nanometric size.

The introduction of fine dispersed particles into the metal matrix has significant reinforcing effects, which can be kept even at elevated temperatures. For such reinforcement nano-particles of oxides are suitable due to their hardness, stability and insolubility in the base-metal, although they represent obstacles to dislocation and grain boundary motion at elevated temperatures, it is without a significant effect on thermal and electrical conductivity.

Results of research on dispersion reinforced materials point out the significance of properties of the starting powders and of the starting structure, which even though suffers certain changes in further processing, basically remain preserved in the structure of the final product. A very important aspect of dispersion strengthening is introduction of low volume fraction of dispersed oxide particles into the volume of the base-metal, a uniform distribution of oxide particles and their fine dispersion especially in nanometer scale.

Alloys exhibiting high mechanical strength together with high electrical and thermal conductivity at elevated temperatures are in increasing demand. Its strength must be increased in order to meet design requirements for high-temperature applications. The high-temperature mechanical strength of metallic alloys can be increased by adding a small fraction (e.g., between 2 and 5 vol.%) of ceramic dispersoids. In contrast to solid-solution strengthening, the addition of elements to form insoluble particles has little effect on the electrical conductivity.

To be most effective, these dispersoids must be thermodynamically stable, homogeneously distributed in the metal matrix and of nanometric size. Reaction milling is a modern manufacturing process which uses mechanical alloying for the in-situ development of nanometric dispersoids in a metal matrix. In reaction milling, elemental powders are milled under a controlled atmosphere and in a suitable milling medium so that one of the metals reacts with C, N, or O in order to form carbides, nitrides or oxides, respectively. Thus, dispersion-strengthened copper with improved mechanical behavior at high temperature can be obtained.

Solid solution strengthening occurs when alloy atoms are randomly distributed throughout the matrix, causing local misfit strains that affect dislocation behavior. Solute atoms can also cluster around dislocation cores, creating “solute atmospheres” that impede dislocation motion. Elements can occupy either regular sites in the lattice (substitutional) or sites in the interstices (interstitial). Two different interstitial sites exist in the close-packed hexagonal unit cell as indicated in Figure 1. Typically, the type of site that a particular atom occupies is determined by its atomic radius and electronic character. 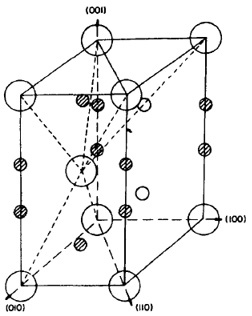 For substitutional alloying, an element with high solubility is desired so that a large amount of solute can be added without fear of precipitating a second phase. The optimum choice for titanium is aluminum, which can remain in solution at concentrations up to 25 wt% (about 8 wt% at 298 K). Figure 2 shows the strengthening effect of aluminum when added to titanium. Addition of aluminum to the base titanium metal must occur prior to the laser processing operation and hence cannot be controlled during deposition. On the other hand, gaseous interstitial elements can be added in-situ giving greater flexibility in the level of hardening obtained. Since control of solid solution hardening in LENS processed materials occurs through metered gaseous additions of interstitial elements, the remaining review will focus on interstitial, not substitutional, solid solution strengthening. 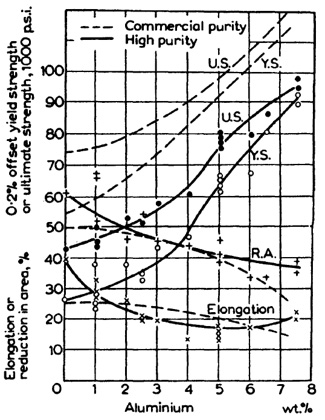 Figure 2: Graph showing mechanical properties of titanium with 0 to 8 wt% addtions of aluminum.References