The word, “Cryogenics” is taken from two Greek words – “kryos” which means ‘frost’ or freezing, and “genic” meaning to ‘produce’ or generated. Technologically, it means the study and use of materials (or other requirements) at very low temperatures. Deep Sub-zero treatment of metals and alloys is a deep stress relieving technology. Whenever material is subjected to any manufacturing operation, it is subjected to stresses. The stress manifests itself in the nature of defects in the crystal structure of materials. The most commonly observed defects are in the form of vacancies, dislocations, stacking faults etc. As the level of stress increases, the density of these defects increases, leading to increase in inter atomic spacing. When the distance between the atoms exceeds a certain critical distance, cracks develop and failure takes place. The third law of thermodynamics states that entropy is zero at absolute zero temperature. Deep subzero treatment uses this principle to relieve stresses in the material. The materials are subjected to extremely low temperatures for a prolonged period of time leading to development of equilibrium conditions. This leads to ironing out of the defects in the material and also attainment of the minimum entropy state.

According to the laws of thermodynamics, there exists a limit to the lowest temperature that can be achieved, which is known as absolute zero. Molecules are in their lowest, but finite, energy state at absolute zero. Absolute zero is the zero of the absolute or thermodynamic temperature scale. It is equal to –273.15°C or –459.67°F. In terms of the Kelvin scale the cryogenic region is often considered to be that below approximately 120 K (-153°C). The common permanent gases referred to earlier change from gas to liquid at atmospheric pressure at the temperatures shown in Table 1, called the normal boiling point (NBP). Such liquids are known as cryogenic liquids or cryogens.

Table 1: Normal boiling points of common cryogenic fluidsAs mentioned above, temperatures below 273K are generally considered to be low temperatures. Working conditions below the freezing point must be counted in the construction, transport, and power sectors of the pipeline. Steels designed under cryogenic conditions were designed for the transport of flowing gases. Last but not least, it is important to mention the superconductivity of materials, which is secured by temperature conditions below 273K. In materials deformed at temperatures below 273K, dynamic recovery processes are fully inhibited and lead to accumulation of dislocations. With increasing density of dislocations, their movement is slowed down and concentration is concentrated. This causes the mechanism of plastic deformation is the slip and mechanical twinning, while the main mechanism of conventional plastic deformation is slid of dislocations. With further increase of tension, it is possible to assume that the grain size is refined to the order of nanometres. The grain size is related to the mechanical properties of the materials, what means that by forming under cryogenic conditions it is possible to achieve an increase in the mechanical properties of selected metallic materials.

The complete treatment process of the steels consists of hardening that is austenitizing and quenching, cryo-treatment or deep cryogenic treatment (DCT), and Tempering. To achieve better microstructure of the steel to get most desired properties, it is recommended by the most researchers to execute DCT after completion of quenching and before tempering in conventional heat-treatment cycle as shown in Figure 1.

Figure 1: Heat treatment sequence for maximizing martensite transformationsThe aim of the work A. Fedorikova was to describe effect of plastic deformation on mechanical properties under cryogenic conditions of nitrogen-enhanced austenitic stainless steel (SS) 316LN. The steel was shaped by hot forging followed by heat treatement at 1050°C for 60min fast cooled to room temperature. Samples for this study were cut from the middle of the slab. Chemical composition of the experimental material is listed in Table 2.

Table 2: Chemical composition of experimental material (wt. %)For comparing results, two types of experimental rolling were carried out – at room temperature and under cryogenic conditions. Specimens were rolled by about 10% reduction at each pass, and the total deformation was 10%, 30% and 50%. The cryogenic rolling conditions were secured by immersing the specimens to liquid nitrogenous for 30 min. before rolling and for 10 min. after each pass. Dimension of specimens for experimental rolling are: h0 = 11mm, b0 = 41mm, l0 = 80mm. Static tensile test was carried out by universal testing machine (ATLAS, load capacity 650kN) at three temperatures ranging from 4,2K to 293K. Cryogenic temperatures were secured by the cryostat system inbuilt in Atlas testing machine filled with liquid helium (4,2K) and liquid nitrogenous (77K).

Mechanical characteristics obtained for all tests are listed in Table 3. It can be said that yield strength and ultimate tensile strength of modified 316LN increase with deformation and the rolling temperature has impact to the final mechanical properties. On the other hand, the total elongation significantly decreases with deformation what is caused by exhaustion of plasticity and increase of the deformation resistance of material during experimental rolling. Therefore, after rolling process, the heat treatment should be done. 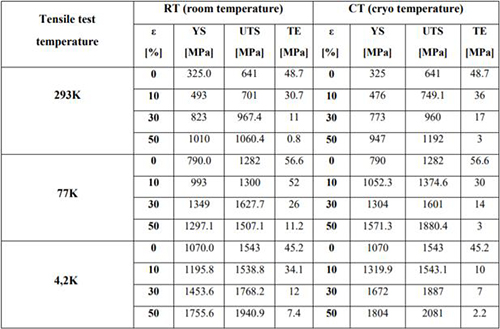 Table 3: Static tensile test resultsOn the base of results achieved by the performed experiment, the following conclusions can be formulated:
– With higher deformation and decreasing test temperature, the yield strength and ultimate tensile strength increase, while plasticity is significantly decreases. – The austenitic stainless steel can be strongly reinforced by plastic deformation under cryogenic conditions.
– In order to preserve plasticity of the final material, additional heat treatment is required. But there are are applications where the high strength is required without any need for plastic properties. Such strong materials can be prepared by rolling under cryogenic conditions.