The benefits of standard HSLA steels mean that materials with good combinations of strength toughness and weldability can be produced, all at a very reasonable cost.
During the early 20th century, experimentation began to see what impact copper would have as an alloying element. The results showed significant further improvement in the overall mechanical properties of the materials including a higher resistance to fatigue crack growth.

The history of developments in HSLA structural steels during the last four decades has been driven by the need to obtain improved combinations of strength, toughness and weldability in tonnage quantities at affordable prices. Whether the applications have been for energy pipelines, offshore steel structures or ships, the objectives have been broadly similar, even though the balance of requirements may vary as determined by the specific design or operational needs.

Typically, HSLA steels are low-carbon steels with up to 1.5% manganese, strengthened by small additions of elements, such as niobium (columbium), copper, vanadium or titanium and sometimes by special rolling and cooling techniques. The additions of elements such as copper, silicon, nickel, chromium, and phosphorus can improve atmospheric corrosion resistance of these alloys.

Experimentation with the addition of Cu to structural steels for its ability to impart good weathering properties, began in 1916 in the USA. It was first commercially used in this way from 1933 to 1935. Use of this type of material around the world has included bridges, laboratory and office buildings, multi storey car parks and some very recent deep sea oil rigs of Japanese origin.

For example, Cu bearing steels have been used in the USA in the construction of the US Steel corporation high rise in Pittsburg. In Australia examples of the use of this material can be found in BHP Melbourne Laboratories. The ability of Cu bearing steel to withstand atmospheric corrosion is not the major factor which provides the impetus for the development of these steels today. Until recently it was less well recognized that, as well as improved corrosion resistance, the precipitation of Cu can make a significant contribution to the mechanical properties of steel.

Interest has recently been rekindled in the design of HSLA alloys which exploit Cu as an alloying element. The use Cu as an alloying element has the advantage of increased strength due to the precipitation of Cu, whilst still retaining good toughness, weldability and formability even at low temperatures. Furthermore, these steels have a reported high resistance to fatigue crack growth, the ability to suppress hydrogen induced cracking, excellent corrosion resistance, and when Cu is combined with other microalloying elements such as B or Mo, an acicular or bainitic structure can be produced.

A number of HSLA steels have been developed which depend upon Cu to meet their specified properties. Tables 1 and 2 lists the more significant alloys, their carbon equivalents and typical applications. Table 2: Specification for ASTM A710 Grade A type steel 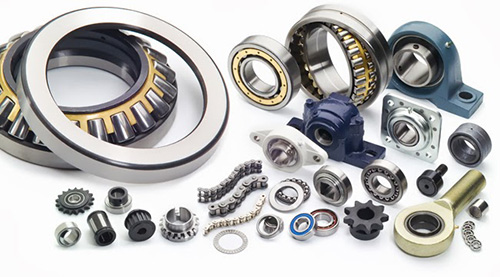